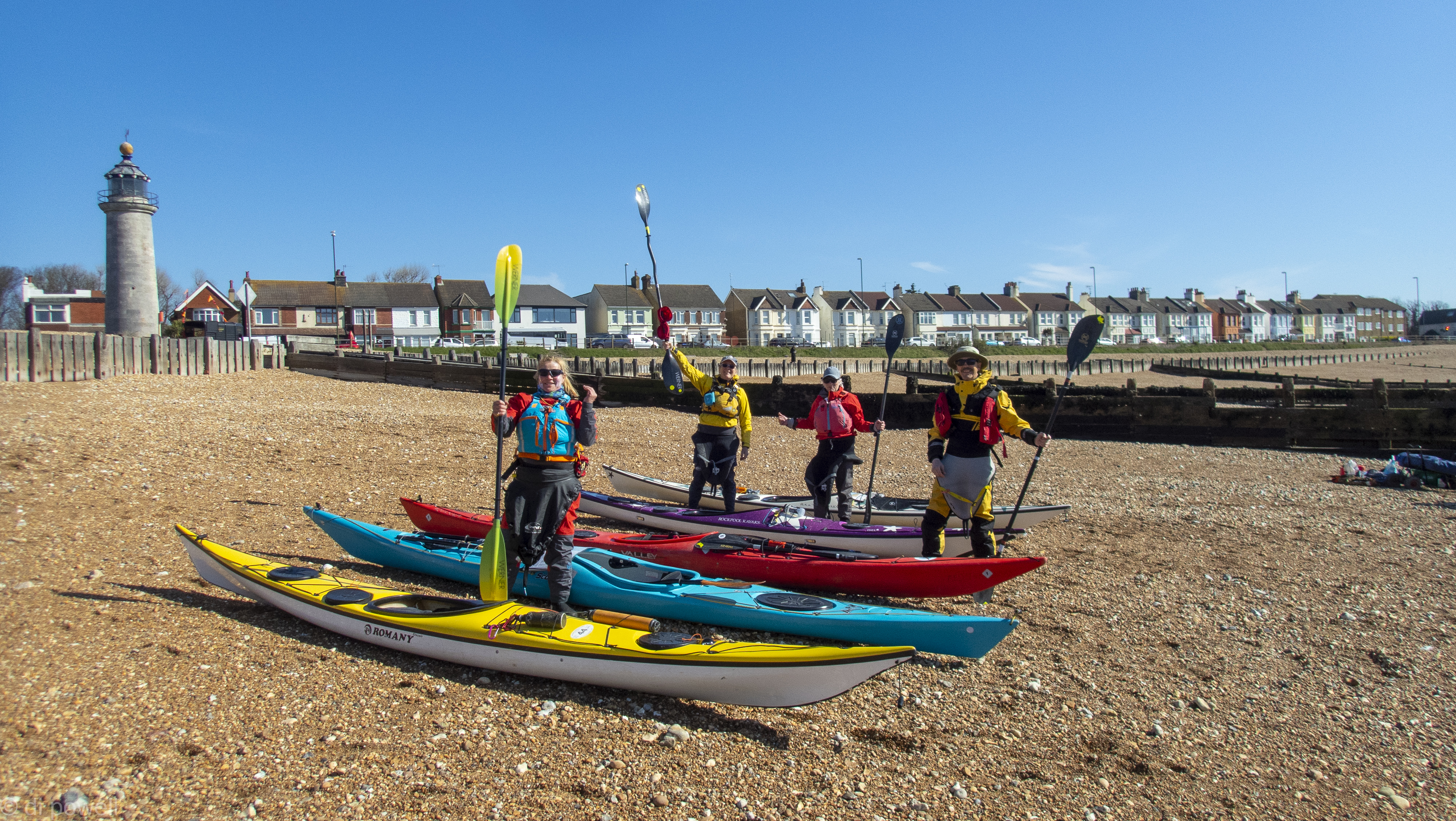 On Saturday morning we drove right down to Shoreham-by-Sea nibbling on bacon rolls and arrived at 9am – presumably one of many quickest journeys to the coast.

The assembly location was marked by a lighthouse on Shoreham Harbour. Tudor, Olwen and Cathy have been already on the (free) automobile park unloading their boats having bought proprietor of the espresso van on the seaside to unlock the 2m peak barrier to allow them to in.

After getting modified and transferring the boats right down to the water, we had a security briefing masking the principles of the harbour that the harbourmaster had kindly despatched to us (similtaneously confirming no launch charges could be due). Launching at 10:10 am we observe the right-hand arm of the harbour wall out to the ocean. As soon as out of the harbour the wind picked as much as power three. We paddle for 40 minutes south searching for a southerly cardinal marker. We arrive at a buoy at 10:50 am however it isn’t a cardinal marker. We get fairly confused, however on checking the GPS see that it’s really the place we are supposed to be to show Eastwards.

The deliberate route was to observe three extra yellow buoys spaced about 1.5nm aside, however considerably disappointingly, none exist. As we method Brighton Marina a crusing regatta was underway however fortunately strikes away earlier than we arrive. We head in the direction of Beacon Mill, Rottingdean – a Grade II listed windmill from 1802, now restored as a seamark on prime of the hill above Rottingdean. Arriving on the seaside at 1 pm.

We’ve got a barely longer than deliberate lunch break, a lie down on the pebble seaside within the solar subsequent to a stunning lengthy white cliff. On the best way again we resolve to not retrace our steps however go on the identical bearing with out going out to sea. Though about 8nm away, we are able to really see Shoreham Harbour from our lunch spot. Nearer in to the seaside we come throughout much more boat visitors together with a bunch of jet skis.

Arriving at Brighton Palace Pier (additionally Grade II listed), we see a fairground trip flinging folks into the air at an alarming charge, see a lot of folks gathered on Brighton seaside and a big pole with a bobble on it. Olwen advises us that the bobble goes up and down and is definitely a bar.

After passing the outdated pier and seaside huts we paddle again to Shoreham with a surprisingly robust tidal move. The truth is the entire journey was quietly shocking: a quick journey down, a scarcity of buoys, sunshine, a quiet seaside for lunch, stunning white cliffs and most shocking of all: how nice it was paddling on the south coast, even in a reasonably constructed up a part of the shoreline. Then simply to emphasis the surprising-ness of the day, close to Shoreham, we see some graffiti that asserts “I actually dislike paella”. Undoubtedly shocking.